Despite some promising efforts to address the growing problem of plastic waste like banning plastic shopping bags or straws, specific prevention targets for different plastic waste are still not widespread in Europe, according to a European Environment Agency (EEA) assessment published today. Only nine countries have explicit targets in place for plastic waste prevention.

The EEA report ‘Preventing plastic waste in Europe,’ provides a state-of-play of plastic waste prevention in Europe. It mapped and analysed efforts across EEA Member Countries to address plastic waste generation through prevention measures. The assessment says that prevention of the most environmentally harmful plastic types, such as single-use plastics and non-recyclable plastic products should be prioritised. While fees on plastic shopping bags have led to notable results in reducing their use and waste in many countries, such measures should also be applied to other types of plastic products, the report says, for example to plastic packaging waste, which is the single largest plastic waste stream in Europe.

Plastic waste is an increasing problem around the world.  The EU has recently taken action on waste prevention, and by introducing new measures to address plastic waste and pollution, through for example the European Commission’s 2018 European strategy for plastics in a circular economy and the recently adopted Single Use Plastics Directive. The European strategy notes that plastic recycling capacities have not kept pace with the increasing global production of plastics. Currently, in Europe, only 30% of plastic waste is collected for recycling. In addition, most recycling operations take place outside Europe, where environmental practices and standards may differ. 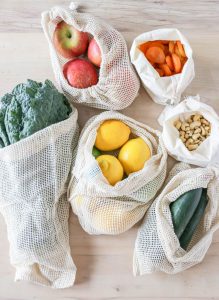